FxMed are proud to exclusively partner with SIBOtest.nz (owned by Sharon Erdrich). SIBOtest.nz are the only specialist SIBO testing service in NZ and the only lab to offer the convenience of an at home test kit. The SIBO breath test is now also available through us making it easier for you to access.

The SIBO test is a simple, non-invasive breath test that is used to diagnose SIBO. Knowing the type and level of gases produced aids targeted treatment and forms a base line for follow up comparison.

How does the SIBO test work?

Normally, bacteria are found in the trillions in the large intestine, where they perform various functions for the human body. SIBO is defined as an increase in the number of bacteria, and/or changes in the types of bacteria present in the small intestine. In most patients, SIBO is not caused by a single type of bacteria, but an overgrowth of the bacteria that should normally be found in the colon.

Prevalence estimates are based on a percentage of the population with Irritable Bowel Syndrome (IBS). This is 11-14% of the population globally and 17% in New Zealand. It is the most common gastrointestinal diagnosis in primary care although it is thought that up to 50% of people with symptoms of IBS do not consult their GP. Studies also show that over 50% of patients diagnosed with IBS actually have SIBO.

SIBO has been shown to negatively affect both the structure and function of the small bowel. It may significantly interfere with digestion of food and absorption of nutrients, primarily by damaging the cells lining the small bowel (the mucosa).

Bacterial endotoxins and Lipopolysaccarides (LPS) can have wide ranging effects systemically. Additionally, this damage to the small bowel mucosa can lead to impaired gut permeability which is known to have a number of potential complications including immune reactions that cause food allergies or sensitivities, generalized inflammation, and autoimmune diseases.

There are two main types of bacteria present in SIBO:

Please note: This is an American instructional video however, the process of doing the test is the same as the NZ SIBOtest. Not all tests that are shown are available and the paperwork will be different, however, your practitioner will be able to answer any queries you may have. 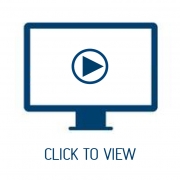